Ladies and gentlemen, a new tradition is born!  It is now time for the inaugural Reelmoviesmatter.com Achievements in Film Awards!  The nominees and winners listed below are all chosen exclusively by me based on what I’ve seen throughout the year.  The awards will be posted each year on the Friday before the Academy Awards.  The nominees will be listed in order from bottom to top in order of ranking (5 being the bottom and 1 being the winner).  However, some of the awards will exclusively feature the winner only.

MOST UNDERRATED FILM OF THE YEAR

I know Nocturnal Animals and Hell or High Water received some Oscar buzz this season, but I still think they were extremely underrated for different reasons.  Nocturnal Animals was a highly cerebral film that unfortunately went over a lot of people’s heads, and Hell or High Water was a late, limited summer release, so a lot of people didn’t get to see it.   Sing Street was an incredible film that is soon to be a cult classic, if it isn’t already.  I had no idea what to expect when I went into the theater, but I left feeling pleasantly surprised with the movie’s soundtrack playing on repeat in my head.  John Carney makes such fun movies, and this one is no different.  He is becoming one of my favorites.  Surprisingly, Ben Affleck’s best movie of the year was actually The Accountant, and not Live by Night.  An action movie with a strong social message is hard to find.  Speaking of hard to find, a quality scary movie that’s actually scary is equally rare these days.  However, Don’t Breathe achieves this feat of being truly horrifying and captivating.  It is the best movie from the horror genre that I have seen since Saw.

I was all-in on both Live by Night and 10 Cloverfield Lane this year.  I’m an Affleck fan and was looking forward to seeing what he could do with a gangster film.  Equally, I was a huge Cloverfield fan, and was curious what the mysterious J.J. Abrams project that included “Cloverfield” in the title was all about.  However, I was left extremely disappointed with both.  Live by Night was okay at best, but mostly a snoozefest, and the best thing for me about 10 Cloverfield Lane was John Goodman’s performance.  Hail Caesar! Got praise from a lot of critics, but the public didn’t get it and neither did I.  A movie by the Coen Brothers with an all-star cast somehow found a way to disappoint.  I’m sure Deadpool is a movie that will spark a debate on its inclusion in this category.  Here’s the deal – the movie was good and I enjoyed it, but I’m so tired of the comic book fanboys and girls who preach that this movie was the best “superhero” movie of all-time, because it wasn’t.  The distinction goes to The Dark Knight.  More than that, I’m extremely confused on how the movie was nominated for a Golden Globe.  Deadpool was fun, but it should stay in its lane of being a solid action movie.  To say a movie like that should have been nominated for awards would imply that it was a generational classic and it wasn’t.  Overall, though, Jackie was a movie I thought would be a lock for an Oscar before it came out and before I saw it.  Instead, it didn’t even get nominated for Best Picture, and it shouldn’t have.  Despite Natalie Portman giving it her all, she couldn’t save this lull of a film.

I have said this several times, but it is worth saying again – Fences featured the best acting I have ever seen.  Denzel Washington and Viola Davis led an amazing cast who made you forget you were watching a movie.  The cast of Hidden Figures actually won the SAG award for Best Ensemble Cast a few weeks ago, but they came up just a bit short here. 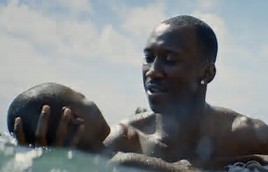 If you still haven’t gotten a chance to see this movie, please do so.  It is worth going out of your way to see.  In the same respect that Spotlight was the most powerful (and arguably the best overall) film of last year, Moonlight takes that distinction in 2016.

MOST ORIGINAL IDEA FOR A FILM

Read the synopsis for The Lobster and then give it a chance and watch it.  You will be confused as to how or why this movie got a greenlight, but then pleasantly surprised at how much you enjoyed it.

13 Hours: The Secret Soldiers of Benghazi

This could be Michael Bay’s best and most complete film to date.  The fact that this is a true story is both scary and shameful.  As a result, 13 Hours will definitely stick with you.  It came out a year ago, but I still didn’t forget about it.

Any animated motion picture (don’t you dare call them cartoons!) that successfully can make adults laugh as much as kids deserves high praise. Zootopia’s plot was very original and kept the pace of the prosperous Disney films before it.

How to be Single

The only thing this movie taught anyone was how to make a bad film.  It tried way too hard to be different and funny, and I honestly think it inexcusably and inaccurately portrayed single young girls as borderline whores.  If i was a woman, I’d be ashamed of this movie.  It was successful at one thing – failing.

BEST SONG FROM A FILM

I know “City of Stars” is the powerhouse here, and both “Can’t Stop the Feeling” and “Heathens” are still getting heavy play on the radio, but “Drive It Like You Stole It” is a song that I have still regularly been listening to over eight months after seeing Sing Street.  It is the next great song from a John Carney film, joining “Falling Slowly” from Once in 2007 and “Lost Stars” from Begin Again in 2014.  This fun tune just may be the best of the three.

Original Score is my favorite niche category, and this year the nominees were phenomenal.  La La Land is the king of kings here in this group, but it wasn’t a runaway.  The other four, specifically Nocturnal Animals and Moonlight, were both incredible and got heavy consideration up until the last minute.  In the end, the overall body of work by Justin Hurwitz takes the prize.

The Jungle Book was a really cool adaptation of the classic Disney animated film.  It successfully has opened the door for other classic Disney live-action remakes, such as Beauty and the Beast, which comes out next month, and The Lion King, which was announced but is still in its early phases of production.  Well done!

Movies, much like life, were meant to be loud!  Arrival is a movie that did a great job of captivating your ears as well as your eyes.

Every scene in La La Land is so colorful and memorable.  It’s hard to go against it here, even though the visual storytelling of Nocturnal Animals was almost equally impressive.

The screenplay of Moonlight is possibly the main reason why it was the most powerful film of 2016.  The way Barry Jenkins wrote this film into three acts representing three phases of a man’s life was superb.  Moonlight’s script was as entrancing as its visual setting.

It takes a lot of …something…to come up with the ideas for both The Lobster and The Witch.  Despite being far-fetched stories, they each found a way to be very good films.  As enthralling as Hell or High Water and Manchester by the Sea both were, La La Land wins this one.  Damien Chazelle’s colorful film featured a vibrant script that made you become attached to the characters through empathy, sympathy and even self-nostalgia.

I agree top to bottom with the Academy on this category.  For a long time, I thought Naomie Harris would win this award with her powerful performance in Moonlight, but Viola Davis’ was generational.  It was the performance of her life, and she should be rewarded accordingly.

Mahershala Ali is one of the favorites for the Oscar in this category, but I was not as high on him in Moonlight as others.  He delivered a very good performance, but I feel like he wasn’t in the movie long enough to warrant the award.  Shannon was spellbinding in Nocturnal Animals, as was Aaron Taylor-Johnson, who won the Golden Globe for this category.  One of the most underrated performances of the year was Mykelti Williamson in Fences.  He has been a good actor for a long time, and he delivered the performance of his life, much like the other actors in the movie.

It was a very strong year for leading ladies this past year.  Elle may be the best movie that nobody has seen, and consequently Isabelle Huppert’s gripping performance has gone under the average moviegoer’s radar, at least in the U.S..  Although the academy snubbed Amy Adams in this category, I did not.  She was the focal character in Arrival, so I don’t know how you could reward the film with 8 Oscar nominations and not nominate Adams at all for any of them.  Nonetheless, Natalie Portman is my Best Actress this year.  Although the movie wasn’t as strong as it should’ve been, it was by no means any fault of Portman.  I felt like Jackie Kennedy was alive on screen, as Portman masterfully embodied the former First Lady.

McConaughey is a little outside the box here, but I felt like his performance in Free State of Jones, which was in theaters in the early part of last summer, was a memorable one.  It appears that Casey and Denzel have been going back and forth here in this category all season, but I am going to pick Denzel.  This was the performance of his already illustrious career, which makes it even more impressive.

Chazelle takes the award here, despite a close race with Barry Jenkins.  Ford was not nominated for an Oscar in this category this year for Nocturnal Animals, but I feel as though his unique vision in this picture was refreshing and keen.  Villeneuve made Arrival one of the best films of its genre, but Chazelle made La La Land one of the best films of all-time.

I struggled for quite some time picking between La La Land and Moonlight for my choice as the best picture of 2016.  Last year, I felt like The Revenant was the best movie of the year, but I thought Spotlight was the most powerful and important film.  Now here we are in 2016 and I find myself in a similar situation – I feel like Moonlight is absolutely the most powerful and important film of the year.  However, the best overall experience and the best of the sum of all parts was La La Land.  This movie is fun and exciting, it’s happy and sad, colorful, intriguing, etc.  It covers all emotions a human being can experience at the movies.  It is without question an instant classic and will be watched and enjoyed for years to come.  The movie has some haters, but with high success comes high scrutiny.  Honestly, I would bet money that most people who hate on La La Land have never even seen it, so shame on them.  If you haven’t seen it yet, you will at some point in your life because it’s never going anywhere.